How DO we talk about race?

That’s easy: Tentatively, cautiously, nervously. Perhaps by the end of this series, that will change.

This is dangerous, sensitive territory we’re approaching. Offense, not intended, might be taken. We don’t want to cause discomfort, we don’t want to feel tension, and so we stay silent. Yet, listen once again to Martin Luther King, Jr., in his Letter From a Birmingham Jail:

So, how do we talk about race?

In October’s opening for this series, Part I, we looked at the word “race” and the idea that there is no biological basis for making distinctions based on something called race. It is the quintessential social construct, as old as the Spanish Inquisition. Race exists as a concept not because it has meaning medically (geography tells us more) or biologically, but because it has social consequences. And social origins. When we talk about “race,” we are talking about the color of a person’s skin, or the shape of a person’s facial features, — or, originally, the pureness of their blood — and the myriad assumptions that go with that distinction.

Last month, in Part II — Racism, we talked about the institutional, systemic foundation that keeps race alive as an issue — racism — and the idea that being racist can no longer be reserved for mean-spirited bigots. We looked at how we have all been caught up in the subtleties of racism, how we can’t help being “a little bit racist.” And how our focus must change from the individual “racist” — is she or isn’t she? — to the larger, systemic issue of racism and how it has not only held on so long, but grown in both depth and breadth. And continues to grow.

Today, we’re coming back to the individual: the me, the you, the I — the ones holding these conversations.

Let’s start with the recognition that racism has the ability to shape not only our experiences, but our beliefs, our values, and as a result, our choices.

One result: stories of my experience of being white, incidents I might recall where my whiteness was salient, are few.

I do have one, however: the memory of taking my best friend in high school to a youth group activity at my church. There was something about walking barefoot through cooked spaghetti; the purpose escapes me. What I do remember clearly of that experience is Linda’s response when I asked her how she’d liked my church. I wanted her to like  my church friends; I wanted us all to get along. “I was the only black person there.” I was shocked. And saddened. What did she expect! I was often the only white skin in a room in high school and it never occurred to me to complain; it was just how it was. I never asked Linda about it. I never shared with her my reaction. I never talked about it again. I never before acknowledged that in our society, it’s not only different to be the only black face among the whites, it can often be deadly.

It’s hard — if not impossible — to talk about experiences we haven’t had. Where do we start?

Someone else, someone WITH that experience must go first; then we can say, “Oh, that never happened to me.”  Linda saying she was uncomfortable being the only black person in the group upset me. And, rather than being curious, rather than trying to understand her discomfort, rather than offering her sympathy, compassion, understanding, I wrote her off as overly sensitive.

The color of my skin has always been a non-issue for me. I was taught if ever I had a question, to ask a librarian or the police (depending on the question, of course). I don’t have to worry that the color of my skin makes me suspect. I don’t have to think about it, ever; at all. As a white person in this society, I get to take a break whenever I want from caring about skin color. But I have friends who deal with racial problems daily. Some who have had to have that “talk” with their children — the one about how to behave if stopped by the police. I have friends who fear for their lives and the lives of their children only because of the color of their skin.

That I get to take a break from caring about racial issues is one example of what is meant by “white privilege.”

And it’s in recognizing and accepting this reality, I now believe, that we begin to talk about it honestly and usefully. 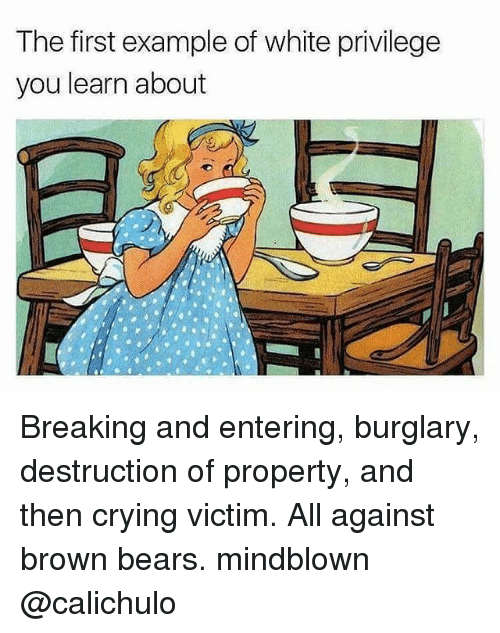 Earlier this year I wrote a post for what would have been Martin Luther King’s 89th birthday. Racism: Yesterday, Today, and Tomorrow gave a summary of my personal history with     issues of race. You can see how the problem often begins.

In that post, I included links to four reference books on white privilege.  If you’ve not yet read them, here they are again, this time not buried in a learn-more menu.

White Privilege is the other side of racism. Unless we name it, we are in danger of wallowing in guilt or moral outrage with no idea of how to move beyond them. It is often easier to deplore racism and its effects than to take responsibility for the privileges some of us receive as a result of it… once we understand how white privilege operates, we can begin addressing it on an individual and institutional basis. Paula Rothenberg

How do we talk about race? I have five suggestions.

1. First of all, find your curiosity about differences. It’s there, or you wouldn’t be reading my blog.

It’s fine to appreciate the humanity we all have in common, but let’s not do that too soon. Yes indeed, there is but one race and it IS the human race, but let’s also acknowledge how being “white” in America has given us a particular frame of reference. Let’s recognize that when we say “I don’t see your color” you are saying “your color is something I don’t choose to see.” It’s too easy for your listener to hear, “your color is not important,” which can be interpreted as “your identity is not important to me.”

2. Practice using “I statements” as you talk …

3. Consider how the Mercator map that has been used in our classrooms for decades shows Western, Northern hemisphere (White) bias over Eastern, Southern hemisphere(non White).

(I was tempted to make this into one full post, but I decided to keep these suggestions together). The West Wing (the TV show I’ve been binge-watching the past few weeks) had an episode in its second season that introduced to me The Peters Map. In short, making a flat map from the globe requires choices, which reflect what we think is important. The current Mercator map (current since the mid 1500s) that you’re probably quite familiar with is good for ocean and air navigation, with it’s latitudes and longitudes, but it grossly misconstrues size, a fact which greatly benefits Europe and the northern hemisphere. Here’s that clip from The West Wing, Season 2, Episode 16: Cartographers fro Social Equality. https://youtu.be/OH1bZ0F3zVU

4. Realize that opportunities to speak out are all around, like…

5. Get educated about what it means to be white in this white society. Start with the list I gave above on white privilege; you don’t have to like the term. Start with the first one — it’s a free PDF file.

You could move on to any number of well done YouTube videos. Here’s one I found last month.

Deconstructing White Privilege: a video Robin DiAngelo, the author of What Does it Mean to Be White? Developing White Racial Literacy is an anti-racist educator.  This 20-minute video is part of the Vital Conversations 1 video series, from the United Methodist Church’s General Commission on Religion and Race. https://youtu.be/h7mzj0cVL0Q

How about you? What’s still stopping you from talking about race?  Where shall we go from here? What unanswered questions remain? What have I missed?