This is my ninth  post on civil discourse, and there will be a tenth next week, wrapping it all up. Today, we’re finishing our LEAP FROG acronym with the G. 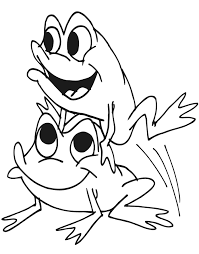 I had this post written a few weeks ago.  G was going to be for GOALS, for remembering the goals we began with. I even found this great little meme:

I wanted to end with GOALS because I thought I had begun there too.

I would harken you back to the original (GOOD) goals of civil discourse:

to learn, to understand, to grow

And I would recall for you the (BAD) goals:

to convert, to convince, to win

I had even made a quick reference to that other acronym we’ve all been taught, that a “good goal” is a S M A R T goal:

And I toyed with the idea of a five-part series around that.

Then, I remembered that most of my activism of late has revolved around Jennifer Hofmann’s Gratitude List, part of  her weekly Action Lists.

• Thank Rep. Maxine Waters for her inspiring leadership and for speaking up for democracy. Address: 10124 S Broadway #1, Los Angeles, CA 90003

[learn_more caption=”Thank You suggestions for the week of April 30″] • Thank Justice Sonia Sotomayor for her dissent statement about a failure to apply the law evenly and the disturbing trend of using the “waistband excuse” to justify excessive use of force. Address: SCOTUS, 1 First Street, NE, Washington, DC 20543

Yes. There is much to be thankful for. So, I am starting anew.

G is for GRATITUDE

The rest of this post will focus on WHY gratitude is important, rather than on HOW to express it, or even WHERE (or WHAT or WHEN either).  Simply, expressing gratitude, in and of itself, is good for you.

Forbes Magazine had a headlined article that caught  my eye, How To Rewire Your Brain For Happiness, in March, 2015.  Alas, it is no longer available online, so I can’t quote from it. Still, if Forbes headlined it, ….

Instead, I found Dr. Melanie Greenberg in Psychology Today who wrote How Gratitude Leads to a Happier Life, also in 2015, which sounded just as good.

Even better, I found a few quotes from an earlier piece she did on gratitude, which you can link to here.

Gratitude is an emotion of connectedness, which reminds us we are part of a larger universe with all living things.

Gratitude can lead to feelings of love, appreciation, generosity, and compassion, which further open our hearts and help rewire our brains to fire in more positive ways.

An emotion of connectedness!  Connection became a large part of our conversation following last week’s post (O is for Observing, where I asked, “How do you know you’re being heard?”).

But I was also taken with her comment about the rewiring of our brains. I won’t get into the science. If you care to, here are some good links:

Rewiring the Brain for Happiness: The Neuroscience of Happiness by Kevin Corcoran (2015)

Counting Blessings Versus Burdens: An Experimental Investigation of Gratitude and Subjective Well-Being in Daily Life, a study by Robert Emmons and Michael McCullough (2003).

Emmons has a more recent book, Thanks!: How Practicing Gratitude Can Make You Happier which reports, “Scientifically speaking, regular grateful thinking can increase happiness by as much as 25 percent.” Not just happiness, but better sleep and more energy (which are directly connected, it seems to me) can result in only three weeks of keeping a gratitude journal.

I’ve been a gratitude junkie for many years and have experienced its power to change how I approach problems, how I interpret them, and how I solve them. And so, as you might expect, I’ve applied this “attitude of gratitude” to our new political reality.

In addition to the targeting Thank You postcards that Jen suggested, I recognize how grateful I am to live in a country where we can hold  critical, even divisive disagreements; where political disagreement is not only allowed or tolerated, but celebrated.

Closer to home, I recognize that when we discover someone who is able to hold a civil conversation with us about policies and even values on which we disagree, we are fortunate indeed. If you have found someone who will engage with you in a civil discourse, I hope you will thank them; it is a gift.

I’m grateful for the enormous uptick in political activism we have seen. Not only are contributions up across a huge swath of organizations with a wide range of missions important to me, I’m traveling more and meeting new people that I would not have met otherwise, all the direct result of November’s surprising election returns.

I’m grateful to see an increase in basic understanding of how our system works, an understanding that can only lead the steps needed to improve it. I’m thinking of the electoral college, redistricting Congressional districts (aka gerrymandering), the crazy-making rules that currently exist within the Congress, and the way in which money has tainted the political process from the ground on up.

There is much to be done to move our country forward and there will be even more by the time the midterm elections roll around a year from now. But there now exists the energy and the will to accomplish much.  I have hope.  And for that I am also grateful.

How about you? What are you grateful for these days?

Next week: We’ll wrap up this series on civil discourse.

In two weeks I’ll introduce a group of international women. Some of them are personal friends that I see often here in Vermont. A few of them are new to me, having only met them recently through social media. And one you’ve met in my memoir, At Home on the Kazakh Steppe. They all have one very special thing in common, which we will be discussing over the next few weeks.

Reviews are more important to authors today than ever before. If you’ve read it and enjoyed it, please consider leaving a review on Amazon or Goodreads. Short reviews  are just as valuable as long ones.  [/box]