We’re back with our series on civil discourse in this age of incivility, picking up the LEAP FROG acronym at the O.

I considered doing something around the Wizard of OG, but thought better of it. Civil discourse is, after all,  a serious subject.

I know it’s serious because there’s not been much about it that has brought even a smile to my face.  Well, maybe that cute laughing baby picture in the R is for Respect post. 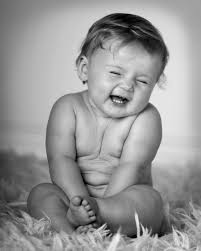 Still, you know this is serious.

My concern around the unprecedented (in my lifetime) level of incivility we are currently experiencing is that we need those folks if we are ever going to end the divide.

Wouldn’t it be nice if they’d all just admit their mistake, show us their remorse, and we’d all sing Kumbaya together.

That ain’t gonna happen.  And still, we need them.   Why?

To briefly summarize for the newbies among us.  LEAP FROG is just the convenient acronym I coined to try and organize the conversation we’re having around civil discourse.  We began in February with a look back at Cicero and his “civil society.”

And our desire to live in a civil society, a good society, is our motivation for engaging in civil discourse.

O is for Observe

When we talk about having a conversation — a civil discourse — with someone, we’re also talking about making a connection. We are, after all, social animals.

Think about this the next time you have a conversation with someone you know well.  How do you know you’re being heard?  Think of it as practice. Start with your spouse (as I did).

Here’s what I noticed during our morning conversations over caffeine.

I believed he was NOT listening when:

And, I felt heard when:

With other listeners, those I didn’t know so well, I noticed particular mannerisms in addition to the behaviors above.

This is all harkening back to the post on L is for Listen, actually called Is Civil Discourse Dead? LEAP FROG Part 1: The L

How about you? How do you know you are being heard? Do you have anything to add?

Next week: Our final post in the LEAP FROG series: G is for ??? (stay tuned)

Reviews are more important to authors today than ever before. If you’ve read it and enjoyed it, please consider leaving a review on Amazon or Goodreads. Short reviews  are just as valuable as long ones.  [/box]