On this night of the 2018 election, with results trickling in, I’m focused on finding gratitude for the 2016 election.

Hang in there; I’m making lemonade. 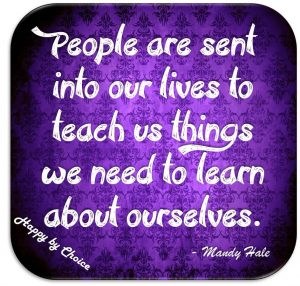 So much has changed for me in the past two years.  Perhaps you can identify.

No longer is politics a game people play, as I thought in my 20s.  Nor is it all about power: how to get it, how to wield it, how to hold onto it as I was taught in my 40s as a PhD candidate in Political Science. Today, politics for me is a set of moral choices that affect people’s lives — everyday people and everyday lives. I have come to believe it depends not on whether you lean conservative or liberal, Republican or Democrat, progressive or regressive — the political choices we make are moral choices. Now, there are certain moral choices we can all agree on and George Lakoff puts it well in his Little Blue Book.  He says we DO have things we  agree on: I could add to that list as I’m sure you can too and as Ally Bean did recently in her Spectacled Bean blog, On Election Day: 7 Issues On Which Americans Can Agree, bringing a few much needed smiles to my face. Still, no matter how long a list we comprise, it’s the “HOW”  that divides us. Sometimes it’s simply the matter of how we define our terms (not to say it’s a simple matter).  What’s “a living?”  What’s “fair pay?”  How much “minimized” is enough? But other times — and more and more it seems — it comes down to return on investment: How do we weigh the cost of these things? Think of Lakoff’s second point above, “People should have jobs.” How will these people get to work? This becomes a political question when you consider what mass transportation looks like. Or how much automobiles cost. Or how salary structures are concocted. It’s all connected. Who cares how someone gets to work? The individual alone? Or might it be a public concern?  More and more, I’m wanting a “public” that will care about each other. And striving for that is what politics is all about. We are still creating that “more perfect union.” We have a long way to go but it’s worth the effort, don’t you think? 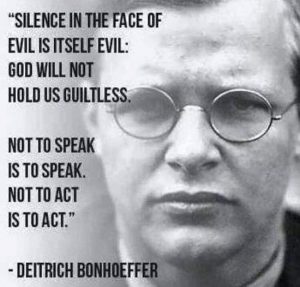 Unfortunately, I must add that as people get scared, they often hunker together with their own “birds of a feather.” It’s understandable, really. There is less interest in (less energy for?) differences, tolerance, and acceptance. The familiar becomes even more appealing than usual. And that is what frightens me the most about our current state of affairs. Yes, I’m grateful for what I’ve learned in the past two years. But I also believe things will not get better until they get worse. I don’t yet know the results of today’s election, but I won’t let myself be optimistic. Let me repeat: We are still creating that “more perfect union.” We have a long way to go but it’s worth the effort, don’t you think?  How about you? What have you found to be grateful for from the election of 2016?