Apologies have been in the news lately.

President Obama’s recent trip to Hiroshima has been met with criticism from some Americans, reviving the “apology tour” reference.

BACKGROUND INFO:  during Mitt Romney’s RNC acceptance speech (in 2012), he referred to Obama’s “apology tour” through Europe, contrasting it with the “job tour” that he was proposing.  Good as a political sound bite, by the way.

Obviously intended as a criticism, the Obama team quickly countered by assuring readers that Obama hadn’t actually apologized. They did it again with this trip.

When did making an apology become a negative thing to do?

What is it about apologies that make it a pejorative term?  What’s the problem with offering an apology?

Are there significant  cultural differences in offering (or accepting) an apology? 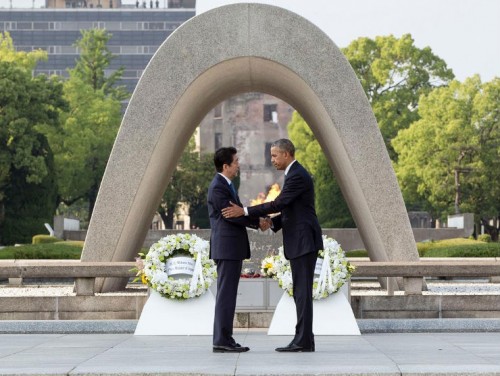 As with all my 21st century research questions, I turned to the Internet. There, through an amazing array of articles, I learned about

1. Expression of regret
2. Explanation of what went wrong
3. Acknowledgment of responsibility
4. Declaration of repentance
5. Offer of repair
6. Request for forgiveness

I jotted down some notes on this last one, thinking I had the beginnings of an alliterative piece about how apologies (or apologizers) seek to:

Fortunately, I didn’t go anywhere with that. Suffice it to say that those who make a practice of apologizing at every turn are generally socially shunned.

It was all quite mind-boggling. 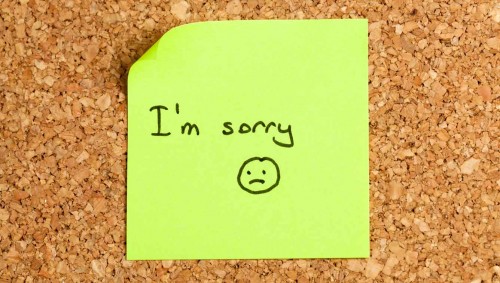 There’s even a website called SorryWatch, dedicated to “Analyzing apologies in the news, media, history and literature. We condemn the bad and exalt the good.”

Written by two clever women who go by the aliases Sumac and Snarly, I’m thinking of adding their site to my list of “What I’m Also Reading” over there in the sidebar.  (You’d never noticed that list before, had you?)

There are also the sarcastic apologies. You might enjoy reading Benjamin Franklin’s essay in which he apologizes for printing an ad for which he’d been roundly criticized. It is considered by many to be the very first “political apology, “ and, given B. F.’s dry wit, is entertaining. It’s also long.

All in all, I came away with the notion that for many, saying “I’m sorry” is, as Elton John told us, indeed “the hardest word.”  Here’s Elton John singing his song.

Somewhere along the way, my fellow Americans have forgotten what power a truly sincere apology contains.

Apologies are powerful opportunities to bridge unintended gaps in relationships; to heal lost trust; and to increase commitment, satisfaction, loyalty, and cooperation.

Here’s an apology that I often found used as an example of an apology “rightly done.”  It’s Jason Alexander (George, of Seinfeld fame) apologizing for a joke he made.

What makes it such a good apology?

As most “post-joke apologies” go, Alexander recognized how he had caused offense, owned his part in it, and used his apology to hold a conversation about it, educating others in the process. All with obvious sincerity.

The cultural divide between collectivist and individualistic cultures can find no better examples than Japan and the U.S.

But how to express that here?

Then I found images. Lots and lots of images and clever sayings about “the apology.” 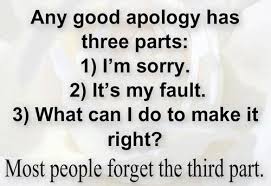 This one I am dubbing the “American” apology, perfect for a culture that is highly individualistic — emphasizing independence and autonomy.

it acknowledges responsibility, and

it seeks to offer compensation (not necessarily financial).

How different is the image I chose for Japan. 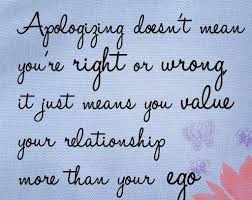 In the news stories following Obama’s May 27th visit to Hiroshima, I was struck not only by the many voices of criticism from home that he was, once again, “apologizing,” but by the Japanese voices concerned that he had not apologized enough.

Takeshi Suzuki, a professor at Meiji University’s School of Information and Communication, addresses the cultural difference in apologies in Japan and the U.S.

“If the head of the state admits responsibility … the Japanese people will forgive (and forget). In Japan, showing remorse is advantageous.  Yet in the U.S., they have to consider the legal consequences once they admit accountability.”

I read the full text of Obama’s actual words. As I did so, it occurred to me that he understood what it was the Japanese sought: a recognition of their pain and an opportunity to address a longstanding “elephant in the living room” and put it behind them.

The United States and Japan have forged not only an alliance but a friendship that has won far more for our people than we could ever claim through war.

Both sides had wrought much destruction in war and both sides now were acknowledging their mutual commitment to peace. In so doing, he and Japan’s Prime Minister strengthened the relationship.

Isn’t that what we are all about? Aren’t we eager (social animals that we are) for connection, friendship, validation?  The price of those things, it has often seemed to me, is in the art of the apology. It is the bridge that connects us when we have erred, the bridge that brings us back together again when bonds have been broken, misunderstandings birthed, or trust shattered.

The apology, appropriately offered and sincerely made, is the oil that keeps society’s machinery running.

How about you? What’s your take on making an apology? Must they always be so difficult?