Thanksgiving is my favorite holiday.  It’s Christmas without the need for presents. Good food, good friends, and family. I’ve traveled many miles over the years to be together with my family at Thanksgiving. This year is no exception; I’ll be celebrating 700 miles away from my home in Vermont; Sasha, Woody, my mom, and I will be with my sons and their families in Ohio.

I hope your holiday (if you’re in the US) will be spent with people you love. 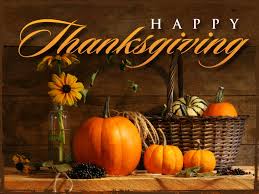 In keeping with the Thanksgiving theme, I’m posting a Thanksgiving excerpt from At Home on the Kazakh Steppe. That’s right. It’s not a deleted scene this time.

Peace Corps likes to emphasize that cultural exchange goes in two directions, and our first Thanksgiving gave us an opportunity to act on this. We’d host a typical American holiday with Dina.

I’d been so focused on adapting to Kazakh culture, that I welcomed the chance, however small, to focus on inviting others into my cultural traditions. And Thanksgiving has long been my favorite holiday.

We set out to find a turkey.

“We call it induk,” Dina told us, the Russian word for India.

“That’s interesting,” declared Woody, who then proceeded to tell us how the Dutch word for turkey, kalkoen (like Calcutta), and the French, dindon, also show a belief that the turkey hails from India.

Wherever it hails from, there were no induks at any of the markets. So, we put out feelers to my 148 students, Woody’s ten or so, both our counterparts, and anyone else we could collar.

Although Gulzhahan assured me there were induks to be found in Kazakhstan, after a full week of disappointing leads, I began to have doubts we’d ever find a turkey for our meal.

Then, with only ten days before our celebration, we awoke to good news from Dina.

“Gulzhahan has found your turkey,” she said one morning at breakfast.

It seemed that after all our dead ends, Gulzhahan had seen a TV advertisement for turkeys long after we’d gone to bed. She called the number, then called Dina to give her the news. I was excited. But as the week went on, we engaged in an odd conversation, through Dina, with the turkey seller and my excitement took different turns.

“How much does a turkey cost?” We asked Dina. The price was not cheap, almost $30. “How big is it?” We were afraid it might be too big to fit inside Dina’s tiny electric oven. “They don’t know.” Dina told us. “They said they can’t just pop one up on a scale. The turkeys are alive. They don’t hold still long enough.”

Alive? We hadn’t even considered they’d be alive.

With just one week left before Thanksgiving, we decided that, even with all the effort put into finding this turkey by so many people, we’d have to pass. We conceded that we’d serve bishparmak at our international Thanksgiving instead. So much for my invitation into American holiday traditions!

But Dina, bless her heart, didn’t stop looking. She searched the city until she found someone who would slaughter our turkeys for us. For Dina had ordered two having learned they were small.

Two days before Thanksgiving, Woody and Dina went to pick up our dressed birds and returned with two dead, plucked, dressed, and frozen turkeys. They’d been frozen solid and stuffed with the feathered heads — with eyes intact — together with the giblets.

Grossed out but undeterred, we set them in the sink overnight to thaw. The next morning we got the heads out and thrown away. And that evening I finished off the plucking and gave them a final wash.

Woody made stuffing from the remains of two Pepperidge Farm bags that had exploded in the care-package en route from my son Dave in Ohio. I made pumpkin pie from a can and apple pie from scratch. We peeled and sectioned a local pumpkin, simmered the chunks and called it squash. We boiled some radishes, and we made real mashed potatoes and gravy.

The turkeys were delicious. The white meat was moist and the gravy, smooth. With enough butter and salt and pepper, the boiled radishes were even a hit. We served no bread — standard Kazakh fare — on the principle that two carbohydrates are plenty for one meal. The pies were great. Woody told the story of how the turkey got its name and the locals got a good laugh at the idea that America somehow missed the boat on this one, calling it Turkey.

We ended with our traditional go-around-the-table with everyone saying what they were grateful for.

The locals were thankful for the Americans, for the Peace Corps, for learning English, and for the turkey, which they’d never eaten.

The Americans were grateful to meet wonderful new friends.

Thanksgiving. Receiving, giving, exchanging, and appreciating: that’s what this whole adventure was about, after all.

No one, however, was grateful for the squash.

How about you? Will you gather with family and eat turkey? Or, have you created a new way to pass the day? I’d love to hear your story.


[box] Interested in reading At Home on the Kazakh Steppe? I hope so. Just click here if you are outside the USA. Here for the PAPERBACK and eBook versions. And here for the LARGE PRINT or eBook versions. Amazon makes it easy. And, you can always order it from your local independent bookstore. If you’ve read it, leaving a review on Amazon will help bring me closer to being able to offer a weekend with a discounted price. (just in time for you to fill your family’s Christmas stockings) 🙂 [/box]