Each time I produce another And So It Goes post, I learn something. This week is no exception. In writing this follow-up to last week’s post, I have become aware of just how mind-numbingly unaware I have been about the luxury of choice I have enjoyed.

Not what either of us was expecting, was it?

I can’t speak to how “Western” the concept of choice may be. What I can speak to is that the array of choices we are faced with, the opportunity to select from twenty different mustards and eighteen different catsups and sixteen different types of mayonnaise is not universal.

When we lived in Kazakhstan, many of the locals were surprised when I’d tell them of the wide range of variety in meal prep I was used to. AND, that was met with more than a little sympathy for me.

There were no vegetables to speak of (dill and beet greens and cabbage, but not much else) and no fresh citrus at all. The only lettuce was sorrel, which tasted far too close to sour grass for my taste.  And both bread and candy were viewed as staples.

Since starting down this sugar-free path, I’m understanding from where their sympathy sprang. Finally.  Often, too many choices can paralyze us. 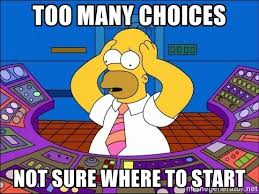 With thanks to memegenerator.net for the image.

A quick glance at a google search, “Diets throughout history,” brought up way too many to even summarize. How to choose which ones to leave out?

My goal was never to “diet.” If I happen to lose some weight, fine; I can afford to lose a bit. My goal was simply a clearer head. And, having paid some attention to my body over the past few decades, I knew that sugar impacted that head greatly. And not for the better.

Surprised by the headache that hit me on Day Four, I took to the Internet to look up side effects of going off sugar. Sure enough, headache was among them.

But I also discovered there’s a lot of free advice out there, and most of it is contradictory.

I learned of the importance to cut out ALL sources of sugar, at least for the first three days, or two weeks, or two months, depending on the article. And I learned that I could substitute honey or maple syrup for my sweeteners, since they are naturally occurring and contain trace minerals. My objective was not limited to cane sugar.

Sugar cravings? Eat fruit, said one article — fresh, frozen, canned, or dried. And I was advised to limit all fruit, especially when dried.

I read how dark chocolate is a good go-to to help abate those sugar cravings! It was dark chocolate I was running from! That was like telling the alcoholic to put a little gin in the orange juice — it helps with the hangover.  YIKES!

It was enough to make me swear off all Internet research.

In the exhaustive 25 minutes I had spent on this stuff, I didn’t find one source that encouraged me

These are the tools I’m using as I move on down this road.

I slipped here and there — the morning glory muffin that was included with my lunch was first; the honey in my tea one morning; the single chocolate covered cashew.  How easy it is to stop paying attention.

The dark chocolate covered coconut bar at the check out line at the grocery store called my name. Temporarily forgetting I was on this sugar free path, I picked it up. Then I remembered and put it back.

I’d simply forgotten I was “off sugar” and old habits took over. So, my habits had to change. That, as far as I’m concerned, takes 40 days, minimum. Until then, I am on temporary vigilance.

In among all the contradictory advice, I did find repeated mention of the value of olive oil, avocados, and nuts.

AND THEN I discovered the FB group that had been so supportive during my headache phase, advocated for NO OILS of any sort. It made my head spin; I left the group.

Cravings were an issue during the first ten days. My strongest craving came, surprisingly, whenever the theme music from West Wing (the Netflix series we are currently binge watching) came on. Immediately I craved chocolate ice cream, for that was what I’d been getting for myself during the opening credits for the past five seasons (of the show; about two months). I hadn’t wanted ice cream, I knew. And I knew I wasn’t even hungry. But wow, was that craving strong.

To combat the cravings (there were others, but none so Pavlovian as that one), I developed appropriate substitutions.

My first go to snack was a mixture of nuts (pecans, walnuts, and cashews) mixed with basil-infused olive oil, then zapped in the microwave for two minutes. Sometimes it was plain olive oil with cinnamon. The recipe had called for roasting them in the oven, but time was of the essence at that moment. I found it filling, satisfying, and tasty.

Variety in snacks became important. I tired of nuts after a few days and moved on to pesto with celery, thinking I’d miss the crackers, but I didn’t. Seafood salad was another.  I have an apple at lunch and an avocado whenever I’m in the mood. I’m thinking I might reverse that.

My second Sunday morning I fixed myself another recipe I’d found: a “raw cookie dough” snack — nuts, agave, vanilla, oatmeal all pureed together with a little cocoa powder mixed in (The recipe called for chocolate chips!). Roll them into balls and they’re reminiscent of the peanut butter balls my son was addicted to as a youngster. My first inch long bite left me feeling a bit too familiarly fuzzy. But today (the 15th Day), another one went down with no noticeable after effects. I doubt I’ll make this again though. 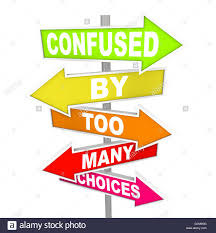 Here are few of the headlines that caught my eye (and garnered a few minutes of my time) but produced nothing of particular value for this post. I include them only to give you an idea that there is LOTS of information out there.

We have lots of choices yes, but I think they make this pathway rockier than it needs to be.

In one of those “How to stop your sugar cravings” articles, I found a recipe for chocolate chia seed pudding, sweetened with maple syrup, which I want to try. The question is, when? I only know it’ll not be soon, for maple syrup was one of those sugar sources that could wreck havoc on my ability to concentrate. I don’t want to go back to that.

I haven’t decided how long this sugar fast will last. I don’t know, truly, if I’ll still be claiming me a “sugar-free” zone a year from now, or even two months from now. I started out committed to two weeks.

I’ve passed the two week mark and had thought not much had changed — I still woke up groggy; I still wanted to grab some chocolate; I’d yearned to quaff down a simple homemade egg cream.

Then came January 15th and I suddenly felt great. I woke up with more energy than I’d felt in a few years, and that lasted all day.

I went back to the pool with Woody Tuesday afternoon and got in 25 minutes of laps. Weekends we’ll be back snowshoeing in the woods with Sasha. I’ll check back with you all after Day 40, when hopefully all my “new habits” will have settled in.

How about you?  Any of this seem familiar?