My guest this week is a young college student, Halie Putorek, whom I first read of in an article she wrote in her school paper about her trip to Tanzania. I loved how she addressed the cultural differences she found there, so, of course, I reached out to grab her for my blog. 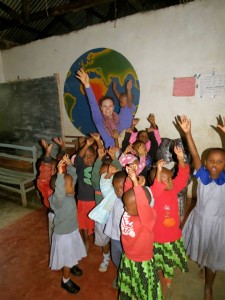 Halie is in the midst of final exams this month, so when she gets here to say hello, we can be particularly welcoming.

Halie is a West Virginian through and through, with two younger sisters, two loving parents, and an incredibly supportive extended family and friends. She attends Marshall University in West Virginia, and graduates this December with a Bachelor of Arts degree in Psychology and a minor in Sociology.

In addition to both hearing and telling stories of all kinds, Halie enjoys singing in Marshall’s chamber choir, playing guitar, spending time with her family and friends, being outdoors, and traveling. She feels happiest, however, when she makes new friends whilst attempting to serve others.

She has traveled to Mexico, Tanzania, and numerous locations around the United States while participating in volunteer services. Her future goals include becoming a mom, finding a career focused in service and aid to others, and continuing to encourage others to volunteer sustainably – both internationally and domestically.

You can read more about her incredible journeys at

As I walked into my Race, Culture and Development course on the first day of my semester, I noticed a few things in particular. I noticed an overwhelming presence of African American members of sports teams that were in the class. I also noticed the somewhat obvious separation.

The white population took up the middle of the classroom, leaving our African American peers with the outer seats. I realized somewhere deep in my soul, however, that we as Americans have become so used to separation and discrimination that this seating arrangement would seem “normal” to most people.

However, due to the very nature of this class, the very first words out of my teacher’s mouth was something to the effect of: “Does anyone else notice anything wrong with the way you are all seated?” Everyone looked around, some chuckled lightly, while some looked surprised.

This past June, I had the opportunity to volunteer in Moshi, Tanzania for four weeks. I found myself acting in the role of “mwalimu,” or English teacher, to approximately twenty young students whose ages ranged from two to six. My students were what you would expect: eager to learn, eager to play, and eager to unknowingly teach this eager “mzungu” more than she could ever anticipate.

“Mzungu” is a Swahili word that literally translates into “white person.” I wonder if any of you reading this have ever felt like a celebrity? Have you heard your name shouted over and over? Have you been the victim of unwanted attention, glares, and even sometimes-angry words?

How about unearned compliments and thanks? Believe me when I say, if you have never experienced this first hand, that celebrity status is never as glamorous as they make it seem in movies. In fact, while in Tanzania, I didn’t actually have a name. I was a minority group, a “mzungu,” and more often than not, “Dada,” or sister. But even if one of my friends knew my name or called me sister, I was still a member of a minority group that brought the stigma of being full of untapped intelligence, funds, and chocolate.

My students sometimes liked to refer to me as “mzungu” if they thought I wasn’t paying attention to them. Body language, lucky for me, is an incredible cross-cultural tool with which I became well acquainted whilst in Moshi. I would simply look at my students after they called me “mzungu” and they immediately returned to “mwalimu” or simply Halie (pronounced Hay-Leeeeee). One time, I even went so far as to insist that I was not a mzungu at all. That naturally received skeptical looks and giggles. 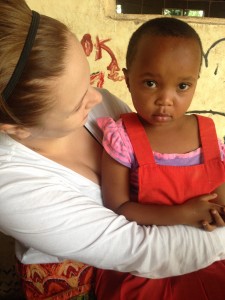 Why am I telling you these stories, you may ask? Well, friends, we are standing at a crossroad of sorts. Every day on the news, stories of discrimination and racially motivated hatred fill the screens. I find myself saddened and scared for the future of our world. I live in an area of the country particularly susceptible to narrow-mindedness. I say this, however, being proud of where I come from.

I blame lack of education and perspective in most instances of prejudice. People are much like trees, I’ve found. They become most rooted in the soil that feeds their beliefs and ideologies. If one plants roots in soil consumed with prejudice and misunderstandings, that is the type of tree one becomes.

Somehow, I’ve always felt like a palm tree among evergreens that insist on remaining the same – year in, year out. I am the lucky one, as I’ve always felt compassion and equity in regards to people that may look and act differently than me. 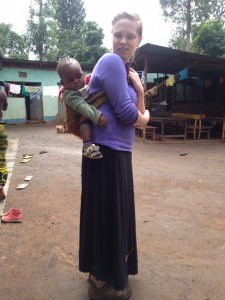 My time in Tanzania was much more than any number of titles and “names,” however. I was able to climb a part of Mt. Kilimanjaro, visit a Massai tribe, go on Safari, and interact with local Tanzanians on a familiar level in some instances. Even now, months later, I look back on my time in Tanzania with an urgent desire to return. I feel very sure that I am not finished learning from the incredible people I met.

While I was in Tanzania, I had the opportunity to write for my school paper, as well as blog on a regular basis. I have come to appreciate the immense importance of spoken and written word. All of the class discussions in my Race, Culture and Development class remind me of a very important fact: each individual is the product of their life experiences.

I am so fortunate I have seen what I have seen, and learned what I have learned. In one of my blog posts, I reiterate my deep love of Tanzania. I wanted to include this, as an example of the importance of cross-cultural exploration and understanding. Our world only works when we accept other cultures and when we embrace the idea that we as individuals might not know as much as we think.

“Take a few moments during the day to look out at the world around you. Know that you are totally insignificant, and realize that at most, you only find individual significance in those closest to you. Your friends and family recognize your worth and value, and they certainly love you. Those people that find value in you, in turn gain significance from those around them. In this way we are all connected. This connection between individually insignificant people is the catalyst of change. Without the realization of personal insignificance, nothing will change for the better.

I truly believe that when my time on Earth is finished, I will wind up back in Tanzania – Mount Kilimanjaro standing majestically amongst the endless fields of sunflowers and corn. At night, before I close my eyes, my mind takes me back to the Karanga Village near Moshi Town. I hear the birds singing and the children shouting with fervency and zeal – so real it is as if they await my reply.

I can imagine no finer place to spend eternity than East Africa. To be immersed in a culture of such joy, with people of such integrity and hope, would be the best of blessings. There may be problems and struggles to overcome, but no one was ever so welcomed or so loved in all the world as I was during my time in Tanzania.”

Thank you, Halie, for sharing your love of Tanzania with us, and your recognition of the important of staying open to and curious about differences.

How about you? What are your questions or comments for Halie?

[box] Interested in reading At Home on the Kazakh Steppe? I hope so. Just click here if you are outside the USA. Here for the PAPERBACK and eBook versions. And here for the LARGE PRINT or eBook versions. Amazon makes it easy. And, you can always order it from your local independent bookstore. If you’ve read it, leaving a review on Amazon will help bring me closer to being able to offer a weekend with a discounted price. (just in time for you to fill your family’s Christmas stockings) 🙂 [/box]