Anyone who has followed my blog for any length of time knows I celebrate cultural differences here.

Knowing that others approach certain concepts differently, helps me better understand my own ways, like …

… how close to stand to someone I’ve just met

… whether to eat my dinner with my fork or my fingers

… which body parts to cover

These are useful reminders for me that MY WAY is  not the ONLY WAY.

When cultural differences get a bad rap, when they get blamed for things they have no business being blamed for, I get prickly.  And lately I’ve been getting pricklier and pricklier.

As promised a few weeks ago, in my post creatively entitled When Cultural Differences Are Used As An Excuse (for bad behavior), I’ll be spending a few weeks this month focusing on just how we decide to hold someone accountable, responsible, worthy of blame, culpable. We do have a lot of words for this idea.

This week, we’ll do it against the case of Ethan Couch …

… the 16-year old who pled guilty to killing four people while driving drunk and got a 10-year probation rather than the jail time the prosecution sought. At his sentencing hearing in 2013, the defense used the Affluenza argument and the judge agreed. He was back in the news in December when he broke probation and fled to Mexico.

But, ever mindful that life is absurd, we’ll couch the conversation  in the words of Mr. Flip Wilson. (Yes, I did that on purpose and I apologize.) 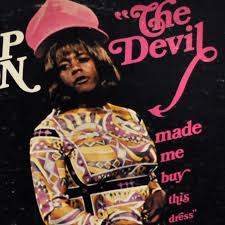 To jog your memory, here’s a YouTube of Flip on the Ed Sullivan show doing his famous “The Devil Made Me Buy That Dress” routine:

“The devil made me do it” became a pop catchphrase in the 70s and beyond, thanks to Wilson.

Fast forward to the 21st century and we’ve got, “Affluenza made me do it.”  [Or, at least, “makes me less responsible even if I did do it.”]

Right. It’s not nearly as funny.

Affluenza is a portmanteau word created from affluence and influenza.  It’s been around since the mid 1950s, when Frederick Whitman, a member of one of San Francisco’s founding families, used the term to describe how rich people suffer from feelings of guilt, lack of motivation, extreme materialism, and isolation, in other words: the psychological effects of wealth.

The term faded away until a PBS documentary in 1997 and Affluenza: The All-Consuming Epidemic was published in 2001. The word has since been solidly embedded in everyday usage.

Of course, I hadn’t heard of it until this past December, but that’s fodder for another post.

Let’s start with a definition. Both the book and the PBS documentary define “Affluenza” as:

A painful, contagious, socially transmitted condition of overload, debt, anxiety, and waste resulting from the dogged pursuit of more.

I love that “socially transmitted” part.  That’s what I call “culture.”

Here’s the rest of the definition:

…..including an inability to understand the consequences of one’s actions because of financial privilege.

We’ll get to that “inability to understand the consequences” after a bit.

What difference does this “culture of affluence” make in the larger scheme of things? In this case, it turns out quite a bit.

[learn_more caption=”Need the facts of the case? Read here”] On the evening of Saturday, June 15, 2013, Ethan Couch

is SPEEDING. He and seven of his friends pile into his fathers’ red Ford F-350 and drive  down a residential street at 70 mph (it’s a 40 mph zone). Six are in the cab with him, two more are in the open bed in the back.

is DRIVING DRUNK. His blood alcohol level was found to be 3x the legal limit for an adult in Texas (measured three hours later). There is also valium in his system. He’s driving on a restricted license.

KILLS FOUR PEOPLE. His truck literally plows into a group of four people standing near a disabled SUV, killing them all. A total of four vehicles are involved: Couch’s truck, a stalled SUV, a car that had stopped to help, and an oncoming Volkswagen Beetle

INJURES NINE: His truck flipped over, throwing out the two passengers, riding in the bed. One is permanently paralyzed and communicates through eye blinks.  Also injured was a passenger in the car that had stopped to help. No evidence is ever found of his brakes being applied.

JULY, 2013 — Ethan Couch checks into a rehab facility in Newport, California suffering from a broken neck, a broken rib, and a broken arm. His parents visit each weekend for family therapy. They pull him out against medical advice after 62 days.  Their bill: $90,000

DECEMBER, 2013 — Sentencing hearing is held before judge Jean Hudson Boyd (now retired). His lawyers produce G. Dick Miller, a psychologist who testifies that Couch suffers from the typical “adjustment reaction to adolescence.”  But what got the media’s attention, was his statement that Ethan “was a product of Affluenza” and “unable to link his bad behavior with consequences because of his parents teaching him that wealth buys privilege.”

A YEAR GOES BY

DECEMBER 2, 2015 — A local student who thought Couch “was getting away with murder” uses her phone to film Couch playing “beer pong” at a party, breaking his probation. She posts the video to Twitter, it goes viral and reaches the authorities.

DECEMBER 11, 2015 — a warrant is issued for Couch when his probation officer is unable to reach him

DECEMBER 18, 2015 — Couch and his mother Tanya Couch are reported missing

DECEMBER 28, 2015 — They are located in Puerto Vallarta, Mexico, and arrested.

DECEMBER 31, 2015 — His mother is arrested in LA on a felony charge of hindering apprehension of a felon. Bail is set at $1 million.

JANUARY 28, 2016 — Couch is deported to LA, after initially fighting extradition.

Ignoring the more recent headlines and staying only with the original crime that resulted in the death of four and injuries to nine others, how responsible is Ethan Couch?

How responsible are his parents?

Is anyone else responsible?

Who is to blame? Make no mistake, most people want to find someone to blame.

But, just how does one decide?

How did you decide?

What factors did you use to come to your decision on Ethan Couch?

The news media played Ethan Couch’s case as one of “the rich get away with murder.” And TheWeek.com headlined, “Being rich is now a get-out-of-jail-free card.”

These are easy to grab hold of. I grabbed hold at first too. Especially after watching replays of different news programs on it, ABC’s 20/20 among them.

Over the centuries, humans have found many ways to identify some external force, pre-existing condition, something beyond their control that justifies or excuses their (bad) behavior.

Beyond Wilson’s “devil,” I was surprised to find just how many separate ones have been introduced into case law as potential explanations (excuses or justifications):

And now, we must add Affluenza to the list.

[learn_more caption=”*Super Bowl Syndrome? “] I know.  Super Bowl syndrome jumped out at  me too.  It’s not actually in case law (yet).

It’s more a medical term that is used to explain the dramatic increase in ER admissions in the hour AFTER the Super Bowl is over. And it’s explained by saying that the patients have postponed going to the ER because they wanted to finish watching the game. [/learn_more]

Defendants (through their well-paid lawyers) use these to explain away culpability, get a reduced sentence, mitigate guilt. And generally, the society at large applauds. This is justice we seek, after all, not revenge or retribution.  Or is it?
There are two lines of defense, once a defendant admits guilt (or is found guilty). Beyond the simple, “Yes. I did it …” there always follows a “but …” What follows that “but” is either a justification or an excuse. Stick with me here. I think it’s important.

The justification takes a “lesser of two evils” approach and justifies the behavior as actually appropriate under the circumstances.

Self-defense, the battered women syndrome (in some states), even the so-called “stand your ground” laws are grounded in this notion of “justifiability.” [Now there’s fodder for another post.]  Here are others:

“Yes, I stole the bread, but my children were hungry.”

“Yes, I pushed the knife into his belly, but he was trying to strangle me.”

“Yes, I leaked the information to the press, but they were dumping toxins into the water supply and had to be stopped.”

The Pentagon Papers and the Edward Snowden cases fall into this “justification” defense category, no matter whether you accept that the “lesser of two evils” was selected.

But no one is trying to justify Ethan’s behavior. His case falls into the other one.

The other excuses it, through some external force, something “out of the defendant’s control.”

The trouble is, the person with Affluenza, according to the current definition, doesn’t know that what they did was wrong.

Next week: Culturally Acceptable Excuses or Are We Just Getting Soft?

How about you?  What’s your take away at this point?