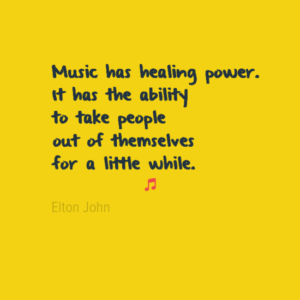 Music has healing power. It has the ability to take people
out of themselves for a little while. Elton John

And Nelson Mandela once said that music “has the power to elevate and liberate us.”

Same idea, yes?  That is what I’m seeking: elevation and liberation. Not necessarily in that order.

Here to start us off:

That was Julia Aks (Jaks to many), a self described comedienne, actress, opera singer and maker of video parodies.

Music has become a big part of my life since my Peace Corps years, perhaps because of them. Today, I want us to think about how music is helping us through this pandemic.

In my first COVID related post 40 days ago now, we had Italians singing from their balconies, Spanish policemen serenading isolating apartment dwellers, and Iranian doctors dancing.

On our side of the pond too, from pop stars to choirs to symphony orchestras, the outpouring of generosity, each sharing their talent through the magic that is social media, has moved me.

And I want to share a bit of that with you.

Mary Chapin Carpenter has been posting facebook LIVE videos of her songs through that new feature called Watch, which I truly don’t understand. Once I’m in it, I often can’t get out.  I mean that literally; I hit all the buttons and tap on all the corners and nothing. I finally have to turn it off and come back later.  There I go again.

Here’s Mary Chapin Carpenter with “The Things That We Are Made Of.”

There are so many others. Joan Baez, Neil Diamond, Elton John, and Paul Simon have entertained me from their homes, presenting video performances of their old standards or a newly adapted version written for this COVID-19 era.

Andrew Lloyd Webber is streaming his musicals for free, one each weekend on a special YouTube channel. Phantom of the Opera was last week.  Click here for more information.

And then there was the video of actors Kevin Bacon and Kyra Sedgwick singing the John Prine and Iris DeMent classic, In Spite of Ourselves.

[learn_more caption=”In Spite of Ourselves lyrics”]She don’t like her eggs all runny
She thinks crossin’ her legs is funny
She looks down her nose at money
She gets it on like the Easter Bunny
She’s my baby, I’m her honey I’m never gonna let her go

He ain’t got laid in a month of Sundays
Caught him once and he was sniffin’ my undies
He ain’t too sharp but he gets things done
Drinks his beer like it’s oxygen
He’s my baby, I’m his honey I’m never gonna let him go

In spite of ourselves
We’ll end up a’sittin’ on a rainbow
Against all odds
Honey, we’re the big door prize
We’re gonna spite our noses
Right off of our faces
There won’t be nothin’ but big old hearts
Dancin’ in our eyes

In spite of ourselves we’ll end up a-sittin’ on a rainbow
Against all odds, honey we’re the big door-prize
We’re gonna spite our noses right off of our faces
There won’t be nothin’ but big ol’ hearts dancin’ in our eyes[/learn_more]

Others you know of?  Again, please add them below.

Internationally renown orchestras are bringing their music into our lives.

The New York Philharmonic sent us Ravel’s Bolero via Shelter-In-Place YouTube videos and did so to honor our health care workers.

Others?  I hope you’ll add their links in the Comments below.

Choirs too have joined the cause.

Turns out there’s a world out there called Pub Choirs or sometimes called Bar Choirs.

Here’s a TEDx talk from the founder of Toronto’s Choir! Choir! Choir!  (C!C!C!) that helps explain the concept.  This was obviously taped before we all took to our caves.

Have you seen the YouTube choirs where members have taped themselves singing a common song, then someone works the magic and puts them together?

Take a listen to this one from Australia’s Pub Choir, which became Couch Choir when Corona landed there:

I’d love to be a part of something like that. Technology helps us connect in ways I certainly never dreamed of.

I make time in my life for music, particularly when I need to feel reconnected, or liberated, or powerful, or serene, or transported, or thoughtful, or happy.

Never underestimate the power of listening to your favorite music on full blast while dancing around the house like an idiot.

Just in case you’re just not sure how to tap into this marvelous musical power, here’s The Family Lockdown Boogie to show you just how it’s done.

May you continue to find ways to laugh, get sufficient exercise and sleep, and find gratitude in the mundane. We will get past this. Don’t forget your belly breaths.

How about you? I’m sure I’ve missed as many musical groups as I’ve included. Please feel free to add to the collection.

NOTE:  It’s Earth Day today.  May we take a moment to remember — 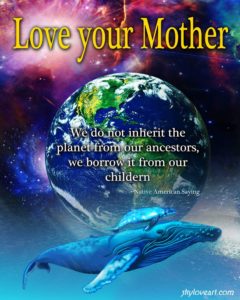