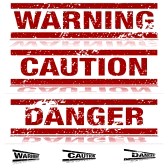 The Internet and various news outlets have been filled recently with stories of a number of now codified parental styles. There are

Perhaps you identify with one or more of these?  Or, are they are as unfamiliar to you as they were to me?
[box] When I was a new mom, I turned to the books for answers. John Bowlby, Lee Salk (Jonas’ brother), Selma Fraiberg, and Benjamen Spock guided me during those years. I still recall Fraiberg’s story in her book The Magic Years, of letting your four-year-old take apart the vacuum cleaner if he (or she I’m sure she’d add today) was curious about how it worked. That was the kind of mother I wanted to be.

But I’ve also not forgotten a paragraph in another book that spoke about how “today’s parents” (the early 1970s) suffered a loss of confidence, comparing them unfavorably to “those parents who took their kids out behind the wood shed,” because at least they “did so with confidence.” That resonated with me for, as a young mother, I was determined to do right by my sons, but I was often unsure what that might be. The books gave me confidence. In them I learned that children have a way of figuring things out for themselves if left to their own devices. They recommended hiding out in the bathroom, if needed, just to keep from getting pulling into their squables. The books assured me that children are resilient. [/box]

It occured to me that the main difference in these various “styles” comes down to how the parents assess risk.

It was easy to note the differences in child-rearing pratices when I was in Kazakhstan. No bedtimes, no special beds, no diapers, no parental hovering that I could see. And, the children were happy, heathy, compasionate, independent, clever, and content.  What more does a parent want in the end, really?

While in Kazakhstan, I couldn’t help but compare both the bedtimes I set for my sons (based on age, when they had to get up in the morning, and how tired I was) and the messages I told myself about why I did it that way (Children need nine hours of sleep each night. Sleep is how you stay healthy and when you grow. And that very real message that if my boys didn’t get upstairs and go to sleep I was going to . . .  “Don’t make me come up there,” I remember yelling on more than a few occassions.

Last month I wrote about the breastfeeding revolution, first on January 28 and again on February 11. I urge you to take a look, if you missed either of them. They were fun  posts to write. Well, the February one was fun.
Maybe by the time I’m done, this one will be fun too.  Let’s hope.

Here’s the headline that caught my eye:

Perhaps you saw it too?  It was in the January 6 online edition of the Washington Post.  Here’s the link to the accompanying article by Donna St. George, with a photo by Jorge Ribas (In this case it’s a video).

In short, Danielle and Alexander Meitiv let their children walk home from a park a mile from their home in Silver Spring, Maryland. A passerby saw the children, aged 10 and six, and called police. Before the day was out, Chidren’s Services were involved and the Meitivs, it turned out, were liable for criminal neglect.  [MD Family Law 5-706]

Eventually, the parents would be held “responsible for unsubstantiated child neglect.”  I know; I’m confused by that too.

Let’s bring this closer to home.

My grandchildren live about a mile from the local elementary school they’ve all attended since Mikah, the oldest, was in second grade.  Kendall, the youngest, is now in second grade and her dad walks her to school and home again every day, as he’s done since the girls were in day care and it was just Mikah getting to the building on time.

And, up until my research for this blog, I wouldn’t have it any other way. It’s a scary world out there, I told myself. No telling what might happen.

Never mind that I walked to school by myself starting in kindergarten.  Over a mile, maybe two, many traffic lights in the city of nearly 100,000.  One of my earliest memories is walking a boy named Gary home from school only to discover his house was on the opposite side of town.  I left him at his house and walked back to mine only to find my mom hanging out the laundry, unaware I was even late.  This was in Kindergarten.

Things have changed, I told myself. 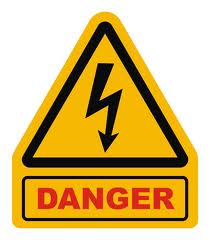 Listen to what Petula Dvorak wrote for a January 15 column for the same Washington Post.

“The criminalization of childhood independence is a cultural shift as significant as cellphones. And it’s insanity,” she writes. “From across the nation, stories of missing children are delivered to the palms of our hands every day. In the old days, it seemed so much safer because the tragic stories were largely restricted to hometown papers and local newscasts.”

Compare those statistics to this one:

Perhaps that’s why the news doesn’t report these. They are so common, they no longer constitute “news.”

So, back to the Meditievs. It turns out they are part of a collection of parents who have a website and (as the Free Range Kids website declares) are earnestly and eagerly:

Fighting the belief that our children are in constant danger from creeps, kidnapping, germs, grades, flashers, frustration, failure, baby snatchers, bugs, bullies, men, sleepovers and/or the perils of a non-organic grape.

How we measure risk is surely cultural, and hence of particular interest to me. I’m thinking of the eskimos children given sharp knives at the age our kids are still getting stuffed animals (aged three, if you were wondering). No one accuses Eskimo parents of neglect.

For some additional insights into this movement, read the recent New York Times op-ed piece, The Case for Free-Range Parenting.

How about you? Thinking back to how you were raised, were you a free range kid?  Were your own kids?  How about your grandchildren?