Tax returns are in the news recently.

Political candidates for president (and many other offices) since Richard Nixon have made public their most recent tax returns. Hillary released the last eight years of hers in July, 2015 but her opponent (the one whose name shall not be mentioned, if you recall) has yet to release his.

So, I got thinking.  What if we all made our tax returns public? What would that mean? What would change?

Think about it a minute. If you released your tax return to the public (somehow; the logistics are TBD) we’d know how much total income you made last year, the sources of that income, the deductions you claimed, how much money you gave away, and how much you paid in taxes.

It’s possible I’ve missed a few; I don’t do our taxes here at home. But you get the idea.

How would you feel about that?

How much we make or own is considered no one else’s business; that, we tell ourselves, is private information. We place privacy on a high pedestal in this culture. We protect it in various Amendments to our Constitution. And, since our tax returns contain information we have traditionally considered no one else’s business — i.e, private — they are legally protected. Even presidential candidates are not required by law to release them.

Surprisingly (sort of), this is not a universally held value. The folks in Norway, for example, have been making their tax returns public since the early 1800s. They believe it results in more honesty about salaries, and discourages tax evasion. An article from The Guardian lays out their policy in more detail.

What is it about money that makes us want to hold our information so tightly to our chest?

Is this yet another behavior we cling to only because we’ve always done it that way?

I certainly don’t have the answers.

But I would love to know, for example, how our retirement pot compares to others’. Do we have enough? What is enough?

Back when I was working in corporate America (at U Penn; it was pretty corporate), if I had known the salaries of my cohorts at the other Schools, I might have gotten a raise. In any event, I’d have known whether I had a case for a raise.

This topic is of particular interest to me because over the past month or two I’ve shared a bit more about our own financial situation than is typically considered appropriate. First, how the foreclosure of our Chincoteague house killed our plans to pay for the many expenses we’d incurred here in Vermont, believing we’d pay for them “when the house sells.”  The very same week we learned of  Sasha’s injury and I wrote about that.

What I haven’t written about is that the week before all this hit us, I’d been writing our annual checks to various organizations I like to support, wishing I had more to give to support our local battered women’s shelter, our state’s Humanities and Arts programs, the environment, and the refuge problems that I’m finding overwhelmingly hard to even fathom. There is so much need in the world.

In the blog post following Sasha’s announcement, The Evolution of PETS, I talked about how pets had grown into a $60 billion a year industry. I was not going to be a part of that! 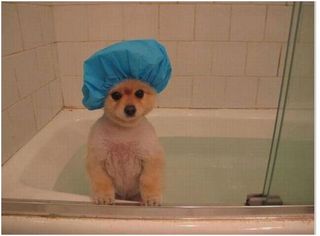 I found it sad, in fact, that people do that. Judgmental? Perhaps. And $4,500 for knee surgery on a dog that had probably five more years of life, knowing there’d probably be a second surgery, just was too much to contemplate. Fortunately, I didn’t have to make a fast decision.

Next week, I’ll be back to fill you in on that final decision, how Sasha is doing, and why we made the decision we did.

In the meantime, how do you come down on sharing financial information?