Life is not going well for us liberal elites.

I’m not just talking about the surprise election result. I’m thinking of the rising wave of anti-intellectualism, anti-science, anti-common-sense that pervades my world of late. The rise of fundamentalism around the world is not new. It’s just closer to home, suddenly.

Sure, Trump has damped down a bit from the vitriol of the campaign. He’ll no longer try to put Hillary in jail. His wall has now become something with “fencing” and we hear no more of Mexico paying for it. He’ll not automatically deport 15 million Muslims.  He even likes Obama now.

Everyday there are new stories, new speculations, new exclamations, new explanations. It’s easy to latch on to any of them as they whizz by. Too easy.

It’s like I wrote a few weeks back in the post, Tolerance: the first plane has definitely hit. In fact, for this metaphor to work, the second plane has already hit too.  Remember those hours?  Two planes had intentionally hit the Twin Towers, then another hit the Pentagon. All commercial and private airplanes were immediately grounded. The Towers fell. A fourth plane was unaccounted for, then discovered crashed in Shanksville, Pennsylvania.

No one knew what would happen next. And, for a short time, President Bush was himself unaccounted for.

It was all quite frightening.  Do you remember?

For years, I read the bios of the people who had died in the towers, one per day in the New York Times. We heard survivors recount acts of heroism. We listened to rabid and often racist explanations, and we were told we would not “let the terrorists win.”

I took up that call. I was not afraid to be in New York City, then just an hour away from my home in Philadelphia. So, I arranged for singing lessons in New York City and, to pay for it, I put together a therapy group that brought me into lower Manhattan every two weeks. That was something I could DO.

Then, we watched as our country prepared for war.

And Woody and I joined the Peace Corps.  We wanted TO DO SOMETHING more. 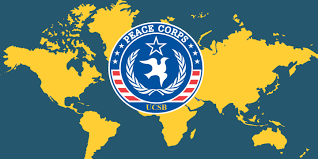 We’re at a similar place in our life today. We want to do something.

Yet, other than that long list I offered mid-November in We Always Have Choices, we can’t yet be sure what that will be. We are surrounded by ambiguity. Uncomfortable, unpleasant ambiguity.

And, oh, how we hate that place of not knowing.

Trouble is, I’ve got too much information coming at me. Because of social media I feel bombarded. I have no time to process; no time to sit still with it all and allow myself the luxury of rumination.

It’s why I left the life of the political hack. (We political hacks use the term in only the most positive ways). During a political campaign everything is needed NOW, everything becomes a crisis, and decisions are made from gut instinct, not from rumination.  I flew back to graduate school where I knew I could ruminate away.

I like life slow. I see more, feel more. And, eventually, I like to think, know more.

Currently, with court cases brewing, theories evolving, and protesters dying, life as I thought I knew it is slipping out of my hands.

And all I can do is sit still.

I’m reminded of an adage I was taught back in the early 90s, when my personal life was in turmoil.

Don’t just do something; sit there.

How about you? How are you sitting these days?