I accept your challenge, Ian. And, since I can’t seem to tag anyone on my FB Author Page, I’ll post here, then link it to FB so I can tag a few unsuspecting authors. Thank you for the opportunity; I had a good time putting this together. 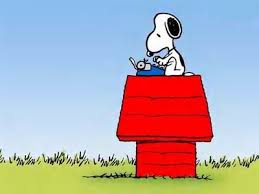 These are the eleven not-really-so-secret tricks of the trade I’ve learned in putting my memoir, At Home on the Kazakh Steppe – available at your favorite online or independent bookstore (insert wry smile) – out into the world.

1. Writing is like throwing pots. It’s a craft that takes practice, guidance, direction, and more practice. Almost anyone can make a crude pot and, similarly, almost anyone can put words down on paper. That part is (relatively) easy.

The hard part is in making those words ring true for your readers. If you don’t care about readers, then what you are doing is called journaling.

So hone that craft. There are countless How To books out there, a dizzying array of workshops, local writing groups, and webinars (from free to unbelievably expensive). Pick one. Pick many. Think of yourself as a dry sponge and soak it all up. Please.

2.  OCD is the writer’s friend. Obsessive Compulsive Disorder gets a bad rap. Don’t think of it merely as obsessively washing your hands, aka Mama Macbeth. (“Out, damn’d spot! out, I say!”)  No, no. Instead, think of OCD in terms of helping you destroy errant commas, choose just the right word, or maintain parallelism.

3.  Your story is not about what did or didn’t happen. Unless you’re writing straight non-fiction (like The Rise and Fall of the Roman Empire or, better yet, any How to book ) you are writing about a universal truth, a reality with which humans worldwide and across the ages can resonate. At least you hope you are. Love, vengeance, laughter, revenge, midlife readjustment, marital conflict, fear, determination, peace, perseverance, redemption, friendship, power … the choices are many. Which one(s) are you writing about? And try to set it inside a narrative arc.  If you don’t know what that means, go back to Secret #1 above.

4. There will be times–hour, days, weeks even–when you’re convinced your writing is crap. You’ll think no one could possibly ever want to PAY to read it. Just embrace your little demon. Know that it visits us all from time to time and it’ll go away soon enough so you can get back to work. Hopefully, you’ll have had sufficient exposure to Secret #1 that you’ll be able to tell the real crap from the phony crap. In which case, I’ll add Secret #4b: Writers kill. They slaughter their darlings ruthlessly. And if they can’t, they hire an editor who can.

5. Writers read. Voraciously, critically, and compulsively. They read differently than non-published people. If they read fiction or memoir (not as different as you might think), they’re not as interested in what happens next as they are in “why did the author structure the story line this way?” This can be very distracting.

And, I’ll add Secret #5b: Writers write. They don’t say, “I want to write.” They just write. In small batches in between loading the laundry or while the roast is cooking or in the early morning hours before anyone is awake. Writers can’t help themselves. They have to write. They really don’t need a special space (though one is always appreciated) or a special pen (see Secret #2 above), or a set time of each day. Again, they just write.

And when they’re not writing, they’re thinking about their writing. It may look like they’re washing the windows or raking the leaves, but don’t be fooled. They’re actually working out a scene they’ve been struggling with, or pondering what the next book will be. (This has to do with Secret #2 again).

6.  Sometimes writers must settle for “good enough,” let go, and move on to the next project. There are times when we writers get codependently attached to our WIP; we believe earnestly (lovingly) that if we just work harder, or smarter, we can fix it — masterfully transform our little darling into a masterpiece. This is called wishful thinking. Or denial. Get yourself a few objective Beta Readers and listen to them. If you are a real writer (and I imagine you are if you’re still reading this), your next WIP is waiting. And it’ll be even better, given all you’ve learned already (see Secrets #1 – 5).

7. Don’t show your first draft to anyone.  Really. Your first draft is crap. Know that. It’s supposed to be. That’s the only way any of us get anything down on paper, and getting it down, getting it out, onto a piece of white paper is the first step. Only the first step.  It’s after that crappy first draft that the work begins, the hard part. (See #1 above.) So, don’t show it to ANYONE. Really. Have pity. (And be very choosy with whom you share your next drafts. Very choosy. It’s easy to get confused by competing advice and if you show it to too many people too early, you’ll get competing advice. Know this. Beta readers, however, the ones who read your final draft and are ready with their reviews the day you publish, are an entirely different matter.)

Like Ian, I’ll add a bonus secret. In fact, I’ll add Ian’s —Write for your grandchildren— because his was so good, with a slight adjustment.

8 a. write with compassion, as though your grandchildren will read it

8 b. remember that our writing is forever now that eBooks are the norm. They will never be pulled off the shelves by bookstores looking for more space, or by big house publishers disappointed in poor sales. No, our eBooks will live forever. And your grandchildren’s grandchildren will find them. And by them, they will know you.

How about you?  Do you have a favorite here?  Or how about your own Secrets to Writing Success?