What did I write at the beginning of August?  I started with Weltschmerz, that state of sadness and depression when the world is not as we think it should be. Its literal translation from the German is “world pain.”

I wrote about how tenaciously we can cling to a belief — faulty, misguided, or just plain stupid — when it’s what we hang a piece of our identity on.  The veracity of the belief is not nearly as important to us as its utility is.

In such cases, facts don’t change our minds, they actually anchor us even more tightly to our original (mistaken) belief. It’s called the Backfire Effect.  I didn’t mention the term, but I wrote about it nevertheless, couching it, for humor’s sake, in terms of the hormone oxytocin.

Back to My Tenor Story. And my take-away.

The problem for me was not the time it would take to become a performing soprano, though it would. It was not even that I’d miss the tenors I get to sit with, though I would. While those were both true, they were not the real obstacle. Here’s what it boiled down to.  There were two things. First:

If I were mistaken in THAT identity, how many of my other identities were now suspect?

Am I actually a Libertarian?  A Republican?

What can I trust? (My need for oxytocin — the trust hormone — was great)

Everything became, temporarily at least, a bit shaky for me.

My anterior cingulate cortex kicked up a storm.

But that was not all. Worse, as Paula and Tim continued to work with me, getting me to sing higher and higher, I kept channelling Florence Foster Jenkins — oh no! — the title character in the new Meryl Streep movie.

This was the sound I feared I was making. And while I’d agree with the film’s tag line, “every voice deserves to be heard,” I could not get those scenes out of my head.

I wish I could play you a clip from the sessions I had with Paula and Tim.  Unfortunately, I’ve not yet conquered the iMovie app. Or, make that fortunately.

However, a lengthy journaling session that Saturday morning, my last day, left me committed to trying soprano out for the next four months. 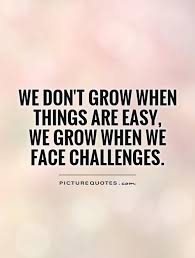 I thank you for staying with me through my “trans-sectional” confusion over three posts. I wrote the bare bones of the story the day after I returned home. It turned out to be 1500 words, far too long for a single post.

Dividing that story as I did freed me to focus on clearing out the Chincoteague house and dealing with Sasha’s torn ACL: two unexpected challenges that fell into my world during that unplugged week at music camp, each one far outweighing the still real (but more fun, to be sure) challenge of adding soprano to my list of identities.

How about you?  How do you decide which challenges to take on and which to run away from? 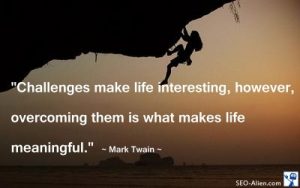 Next week: My take on “Have a good day.”