Last week we celebrated SPRING, the season of reconciliation and renewal, that time of year that brings the promise of better times to come, new life, the flowering of that which has been asleep —  life’s good stuff.

But each year, before we get fully reconciled, renewed, or reminded, we must deal with what the comedians call Vermont’s “fifth season” — Mud. 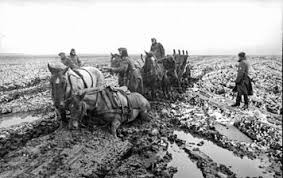 I never experienced mud season when I lived in the city (Newark, Cleveland, New York, or Philadelphia) — the advantage of concrete, to be sure — but up here in the country and certainly when we were in Kazakhstan, spring mud is as inevitable as winter snow.

And that winter snow eventually melts. . .

. . . and has nowhere to go because winter’s frost lies deep below ground level.

Mud is the inevitable result. Some years it might last a few weeks; occasionally, a few months.

Cars get stuck in it. Dogs get rolling in it. People get sick of it. And still it perseveres. None of our bleatings (or pleadings) make a whit of difference to The Mud.

I’ve been thinking about mud as the days warm up and the ground begins to peek out beneath the snow.

For those who have yet to embrace this reminder that there is indeed a power greater than ourselves — and some days its name surely is MUD — it is the season when we can be pretty certain no one is going to drop in on us.

It’s the season when we dread warm, sunny days because we know the road will be impassable, and find ourselves wishing for COLD weather so the roads stay hard packed.

It’s the season we endure only because we can’t quite embrace it.

It’s the season that reminds us of our insufferable inability to roll with the punches.

But it’s become part of the rhythm of life up here in Vermont, just as it was  part of life for the folks in Kazakhstan, and probably has been, somewhere, for eons.

Each year, the Green Mountain Club implores hikers to stay away — until the danger of compaction from footsteps is past.

Mud (like muck and madness) is as much a part of this life as are the buds that inevitably bloom in the spring. Why fight it?

Why is it, I’ve been pondering, that when frustration in its various forms (mud season being only the messiest) we assume that life “should” be different?  Better,  smoother, easier.  Seems to me that attitude is the root of much of our discomfort   We want life to be different, better, saner, easier.  Life just is.

I think of Dylan Thomas, a brilliant poet.  Remember his “rage, rage against the night”?  Yes, he used “dying of the light.”  He was being poetic.  Rage against the inevitable?  No wonder he was so troubled.

No, I’m not raging against Mud Season this year.  Not that I’m welcoming it, mind you.  Just because I’m not fighting it doesn’t mean I’m enjoying it.  The “muddy middle” has never seemed so apt a metaphor.

I have special shoes just for mud season. Boots, actually; muck boots, to be specific. One pair is heavily lined for frigid temperatures, another pair is not. I start to wear them sometime in March and they stay out through April and into May (if we’re lucky; last year they lasted into June). But they go up to my knees and I can tuck my pant legs inside of them. That helps.

And so it is with other muck (or madness) in my life.

I accept that it’s simply the way things are, for now. And I find something that helps.

I remind myself that I don’t have to like it. And, as I said earlier, I refuse to fight it.

How do you deal with the muck (and mud and madness) in your life?

NEXT WEEK: Looking back 50 years, again.