Or should that be Faux News Redoe?

It’s late; I’m trying to be cute. My apologies.

Today I’m revisiting the post I did two weeks ago.  Here it is again if you missed it: A Look At Fake News

This list, which I included in that post, isn’t bad.  It’s been replicated many, many times, both before and after that Huffington Post story from which I got it.  All good points to keep in mind; I don’t disagree with any of them.  But there needs to be something more.  AND THERE IS.

I’m of the opinion that most of us don’t think we need to check out the stories we like. We like to think that “Others” get caught up in fake news, urban legends, rumors, conspiracy theories. We are smarter than that.

Well, guess what! We’re not.

I’m going to suggest there is only ONE thing we need keep in mind as we read through our newspapers, listen to the TV or radio news, and surf across social media — what stories evoke a strong reaction?  I don’t mean the happy Kodak Camera stories; I mean the stories that confirm our beliefs, validate us, and  remind us we know what we’re talking about (we like them) OR the ones we really hate, the ones that make us angry.

Take a look at this photo I recently posted, both to my Facebook Profile page and here last week. You’ll probably recognize it. 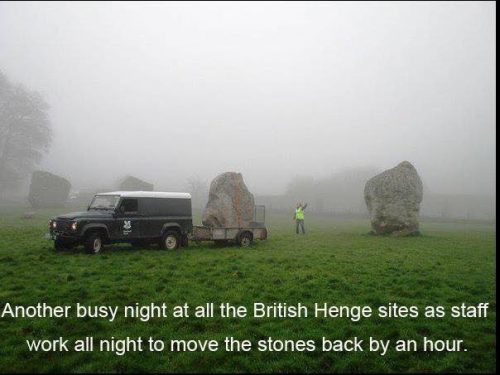 It was the end of Daylight Saving Time and I just couldn’t let it go by without some mention of it.

If it weren’t so amusing, some could consider this an example of fake news. Ignoring those folks for the time being, I’m using this image to make a point. No really strong emotion with it, right? Maybe a chuckle (at most). A smile?  It’s satire and it works. And we then forget it and move on.

It’s those news stories, or rumors, or alternative-to-science theories that leave us with a strong emotion — whether it’s glee that you’ve been validated or fury that something so bizarre has taken hold —  that we need to be wary of.  That, to me, is …

They are the stories we are least likely to check out. And I’m not just talking politics here.

Are you an anti-vaccinator?  Do you think the moon landing was staged?  Are you skeptical of holocaust stories?

If we like the story, the theory, we’ll most likely share it on our own social media sites or repeat to anyone within earshot. If we don’t, they’ll be the ones we’ll disregard. Veracity, legitimacy has no bearing at the time.

I never checked this out before I shared on Facebook. After all, it made sense; it fit into my world view of this man who has been in the background of my life since college in New York City. He was ALWAYS in the newspapers even back then. Mostly for the women in his life, as I recall.  He was all glitter and fluff and I NEVER, EVER would have imagined he’d be where he is today. Frankly, I still can’t believe it.

This meme validated my belief system so I grabbed it. (In case you’ve not yet heard, no one has been able to verify he ever said this, certainly not to People Magazine in 1998.)

I committed the sin we are all bemoaning today. It happens; we are human. (To be clear, this is not a post about the intentional misinformation campaigns that are also of significant concern.)

I certainly never gave a thought to the steps on that list above, even though I’d learned them years ago.  Nor would I check the following Internet sites that readers have suggested for fact checking the news (in alpha order):

The more I thought about this, the more it appeared that we needed to have a ONE STEP, sure-fire way to know if something needs to be checked out:

Did the story (the site, the meme, the headline) leave you with an intense emotion?

Anger? Rage?  Glee? (Glee is the one I most often fall for.) 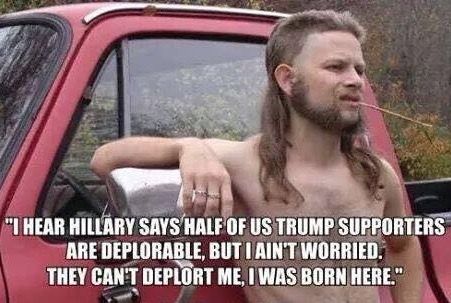 I grabbed this one and shared it quickly. I liked it. It made me laugh. I wanted to have others laugh with me.

That was before I woke up and realized that we need these folks, they are “US” too. “There but for . . .” fits.

It’s so easy to point a finger, too easy to laugh at jokes that separate us from “THOSE OTHERS,” too easy to latch onto theories that fit our world view, regardless of their veracity.

I’ll say more about this as I get closer to releasing LEAPFROG, my acronym for “How to hold a civil conversation in an uncivil era.”   Don’t forget, my subscribers will be getting a free eBook, so do subscribe if you’ve not already done so.

For now, I hope you’ll share one of your stories of getting caught up, perhaps sharing a story that, in hindsight, you wish you hadn’t.