I got a ballot in the mail the other day. On it were the names of people I’d never heard of and I was asked to vote Yes or No for each of them.

To be fair, there was a page included with a one paragraph bio on each candidate. From this I was supposed to decide if these were the people I wanted overseeing my portfolio. Generally, I toss these mailings into the recycle and get back to my life. But this time I stopped.

Is this what the average American voter feels like, I pondered. 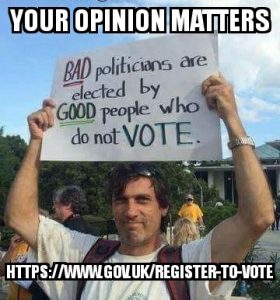 Is it a matter of feeling like you have not enough information to make an intelligent decision?

Is it a feeling that it won’t really matter which one gets in; everything will stay the same?

Is it a belief that it’s all too complicated, too base, too confusing to spend time understanding? 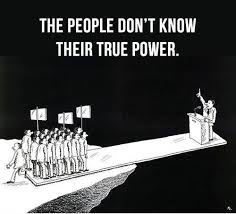 What I did know was that I’ve taken politics seriously most of my adult life and that I’ve not understood those who claimed to not have a political opinion.

I believe with George Orwell that people wind up with the government they deserve and I embrace the words of Abraham Lincoln, believing wholeheartedly in a government of the people by the people and for the people. 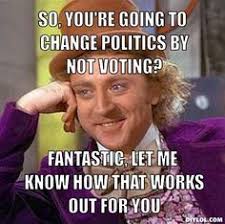 So, I pulled the ballot (and the accompanying page of bios) out of my recycle bin and did some research on each of the companies to which these folks were connected. Google makes that rather easy.

I found I sought just enough information to not disqualify them. I wanted to vote YES. I wanted it to be easy. Not finding any outstanding warrants or bankruptcies or assault charges,  I voted “Yes” for all of them and mailed the ballot in. 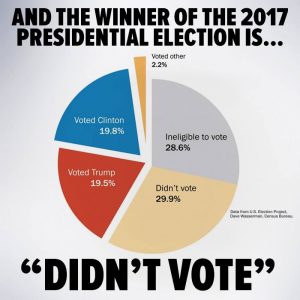 How about you? Are there elections in which you haven’t voted? I hope you’ll tell us why.

[learn_more caption=”A bit of 50-years-ago history.  “] On March 12, 1968 Senator Eugene McCarthy (of Minnesota) ran in the New Hampshire Primary and won an unexpected 42% of the vote, threatening an incumbent president of his own party and paving the way for Robert Kennedy to enter the race soon after.  Votes matter. More on that in a few weeks. [/learn_more]